Its been a whilst since our last blog post so its a good time for a roundup of what happened in 2018 in case you missed it and what we have planned for 2019. If by any chance you recently received a homebrewing kit as a present or are planning on starting the homebrewing hobby this post should get you up to speed on whats going on in the Manchester Homebrewing scene.

As always a bit shout out to Café Beermoth and Beer Nouveau who continue to support the group and have done for many years.

We've mentioned a couple of Golden Pints but do let us know your own for the homebrewing world of 2018.

Pen & Mike brewed one beer & split it 5 ways using a different yeasts in each. They were kind enough to run a tasting session in an experiment to identify each yeast used. As many know yeast can have a dramatic affect on the final beer and this was no exception.

On occasion Keith continues to shower us with his sublime homebrew literally. These are the dangers we are willing to take in order to sample some of the most unusual but fantastic homebrew you will even taste and may long it continue.

Its Not All About Beer 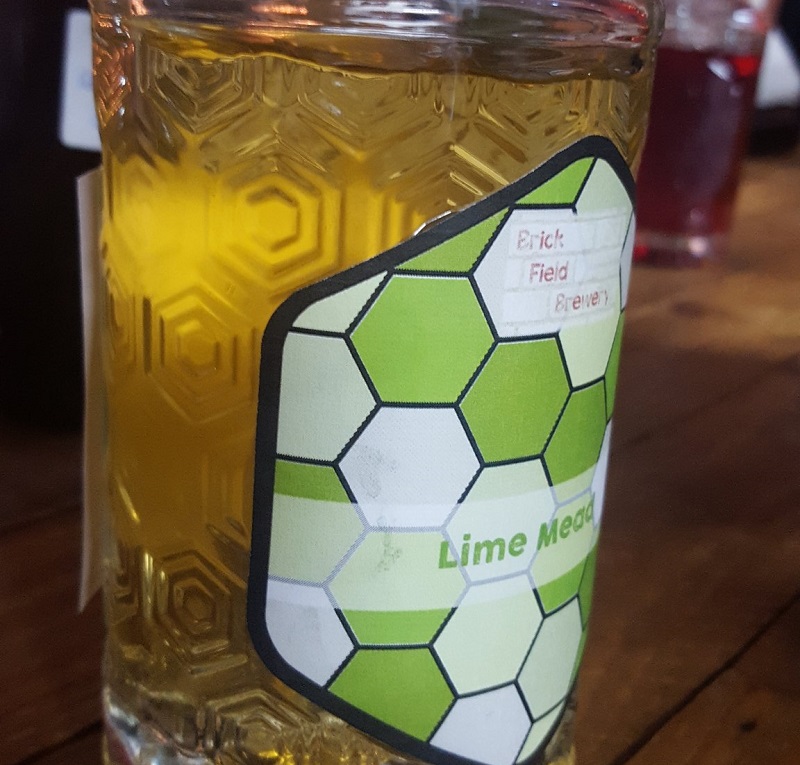 With the majority of homebrews brewing just beer its easy for a group to become solely beer focused. Although we had a few members who would bring in the odd wine and mead in 2018 we decided to push members to widen their horizons. Many homebrewers want to try brewing other beverages but its hard and often a different process to what they are used to.

We set the challenge for members to brew mead and collectively helped each other with surprising results. Most interesting was the challenge produced a wide variety of sweet, dry, melomel (contains fruit) and metheglin (contains spices and or herbs) meads. This went against most peoples perceptions of mead.

By brewing mead we not only broadened our brewing capabilities but also attracted more homebrewers who prefer to brew mead. Its been a good way to expand the groups repertoire and we plan more non-beer brewing challenges in the future.

The Greater Manchester Amateur Brewers was formed in late 2017 and has now been around for over a year. As an umbrella group for individual home brew groups in the area the group continues to work hard to share information and organise cross group events such as the Manchester Homebrew Expo. If you are starting a group or simply want to be pointed at your local group do get in touch. 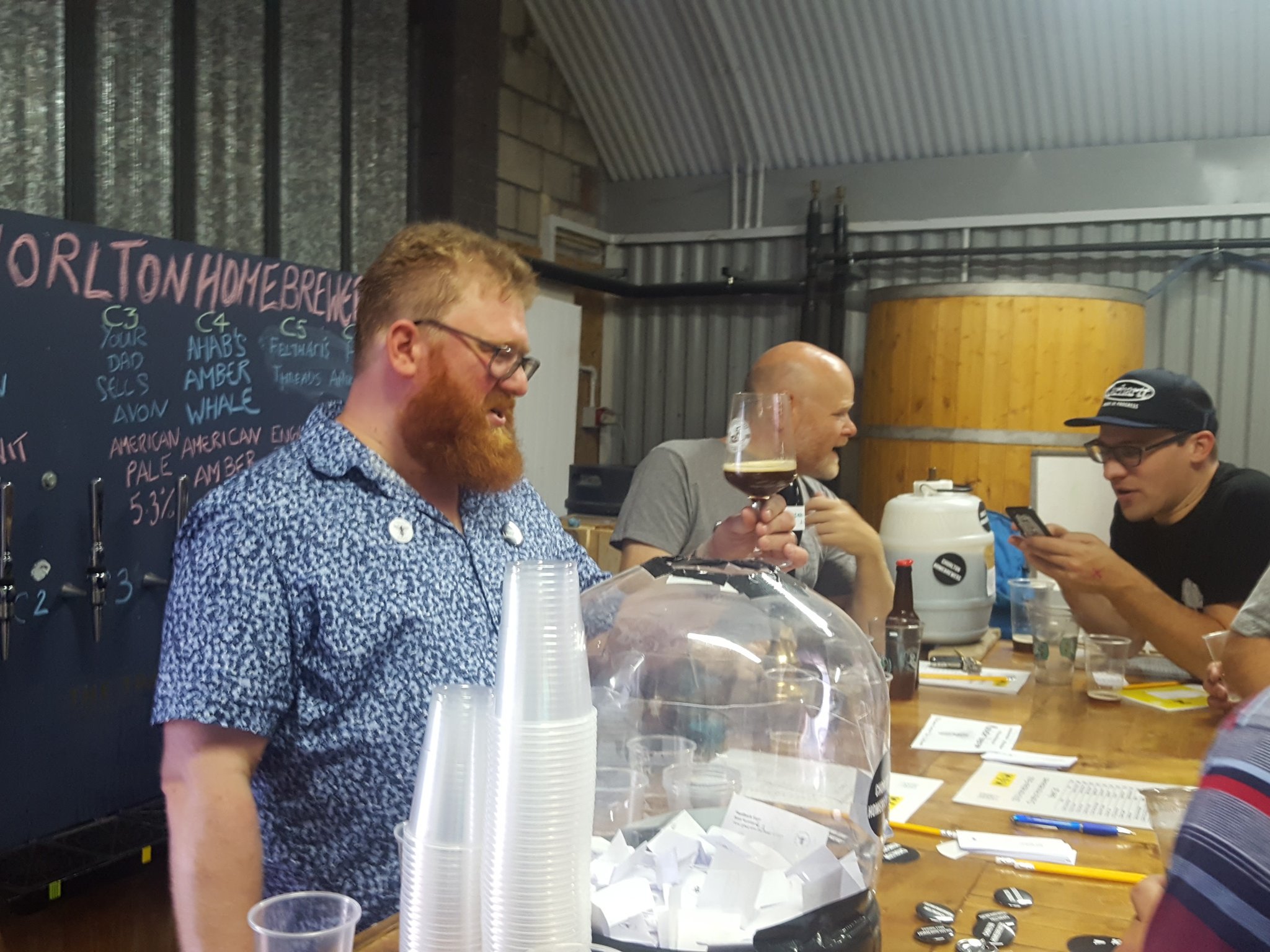 Manchester Beer Week once again saw the return of the Manchester Homebrew Expo now in its third year. The event is to showcase the best beer brewed by amateur brewers from across Manchester and the North West. The brewers continue dispel the myth that homebrewed beer is cheap and nasty by serving some of the best beers brewed in the region. Over the years we've had some fantastic beers which many say are absolutely outstanding and up there with the commercial breweries and 2018 was no different.

We ran the expo a little differently in 2018 whish saw each group run their own bar. It was great to see a number of different groups attend. But we must admit that this year Chorlton Homebrewers beat us to it by bringing fewer beers but focusing on quality. With friendly rivalry building between the groups bring on the 2019 Manchester Hombrew Expo which will once again be running as part of Manchester Beer Week. 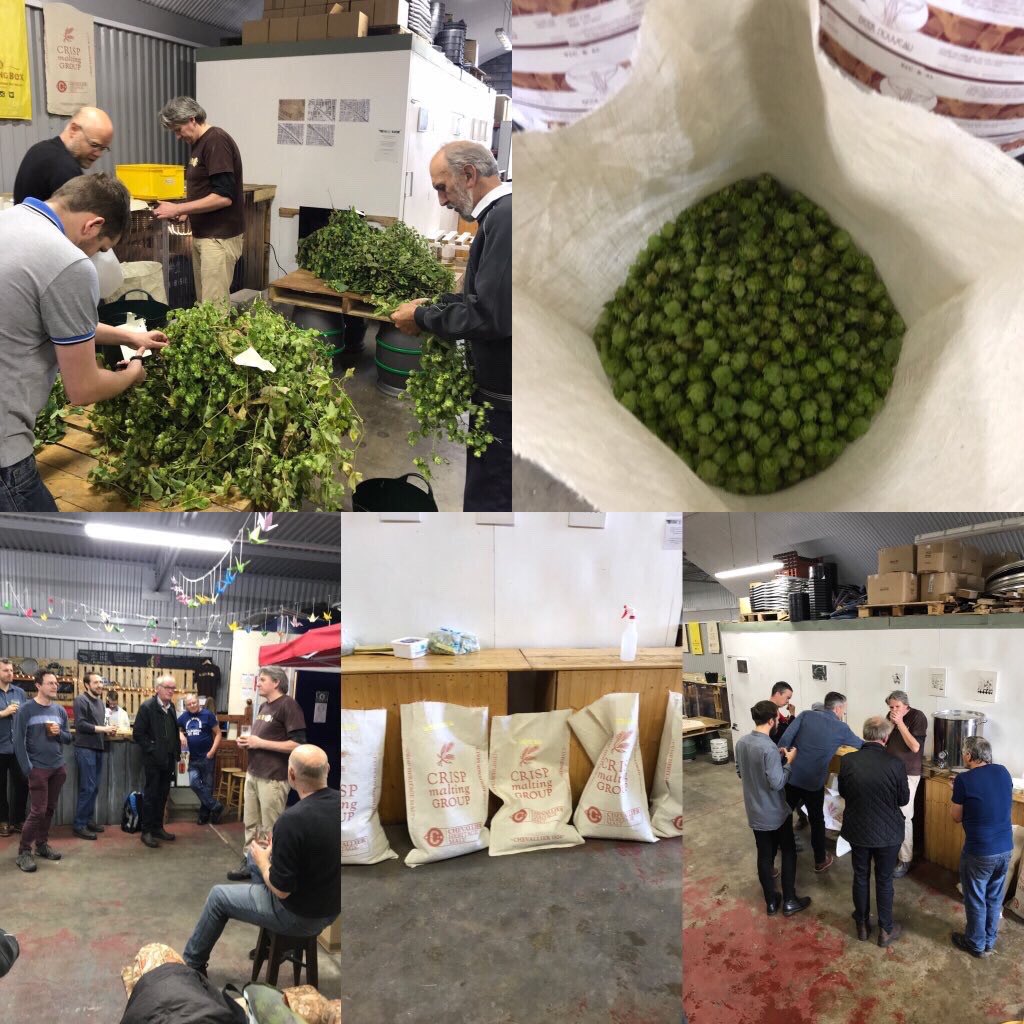 The Manchester Hop Project kicked off in 2018. The group set out to get a hop growing community together, brew a beer together, and then drinking it together. In total 15kg of fresh hops were harvested in Sept and used to brew brew a wild hop English IPA on a 1 BBL kit and another IPA on a 6BBL kit using cultivated varieties + first runnings for a green hop barley wine. Not a bad harvest for the first year.

Into 2019 we should see harvest increase as the hop rhizomes enter their second year. If you would like to grow your hops and become part of the Manchester hop project community do get in touch with them. Plant of hop rhizomes usually happens in February.

Will It Brew Challenge 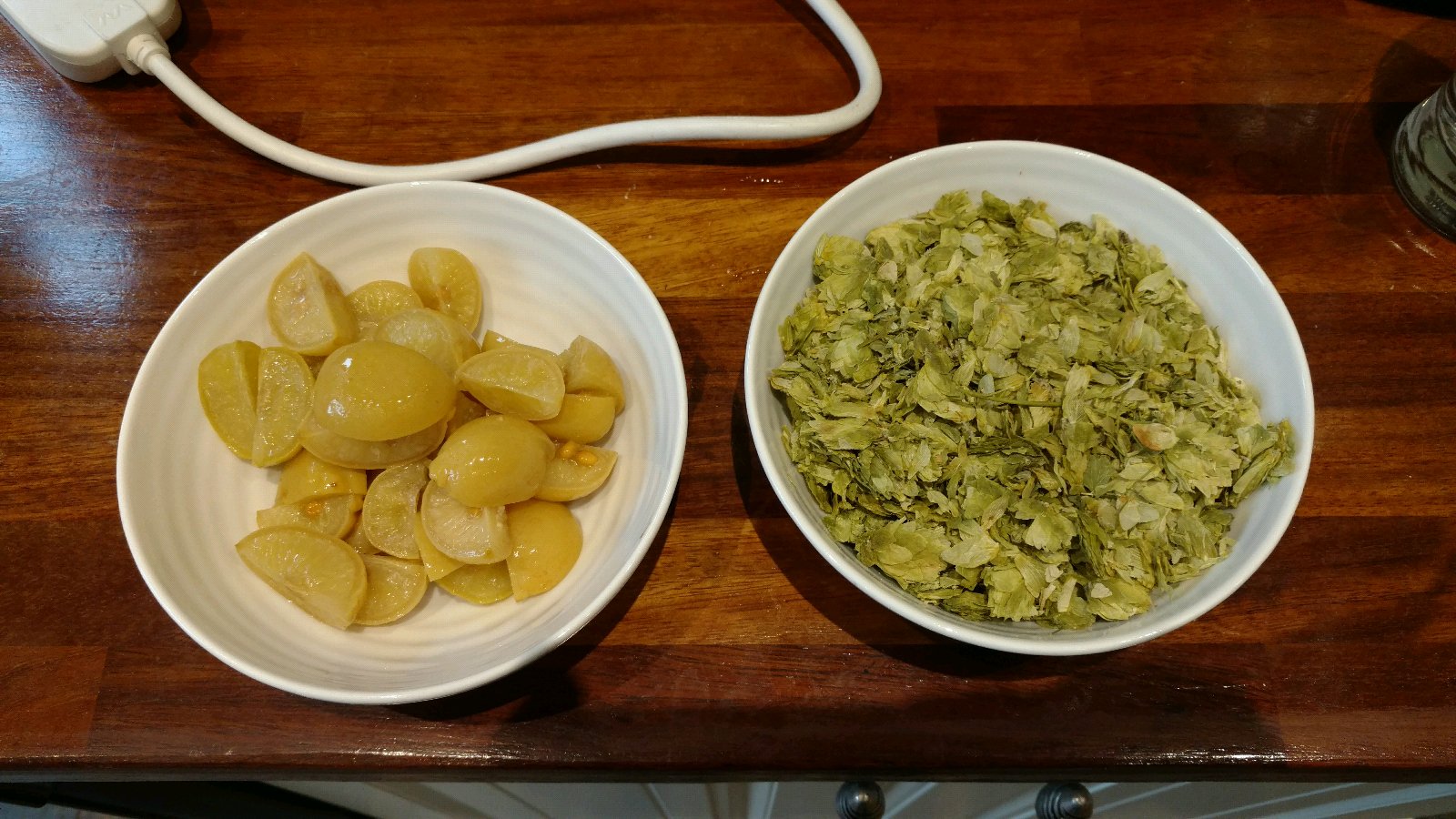 Its the second year that we have run the Will It Brew Challenge and its become a favorite amongst our members. The challenge has built up a reputation for itself with interest across the other UK groups and even further a field. Many have asking about the challenge and the setup so they can run their own version of the challenge. Usually the first question is "Why?".

For those that don't know about the challenge everyone who wants to be involved in the challenge buys an unusual ingredient and brings it to an ingredients swap during one of our meetups. These ingredients can be anything but need to be a) not a normal brewing ingredient, b) food safe, c) reasonable to brew with (ie. nothing that will kill yeast). The ingredients are then allocated to brewers randomly and everyone brews a beer using the ingredient they where given (there will be a mechanism to swap ingredients you are allergic to (or similar)). The special ingredient needs to be at least tastable in the final beer. Finally we hold a tasting session and vote for the beer that best showcases it's 'special ingredient'.

Thanks to Rich we have now increased the number of qualified BJCP judges in the Greater Manchester area. As a result in 2019 we will look to organise more competitions open to the wider community using the BJCP competition guidelines.

Its worthwhile noting that all participants taking the tasting exam passed in July 2018 due to the online training course Rich ran. You can watch all of the BJCP Beer Judging Training sessions on YouTube. 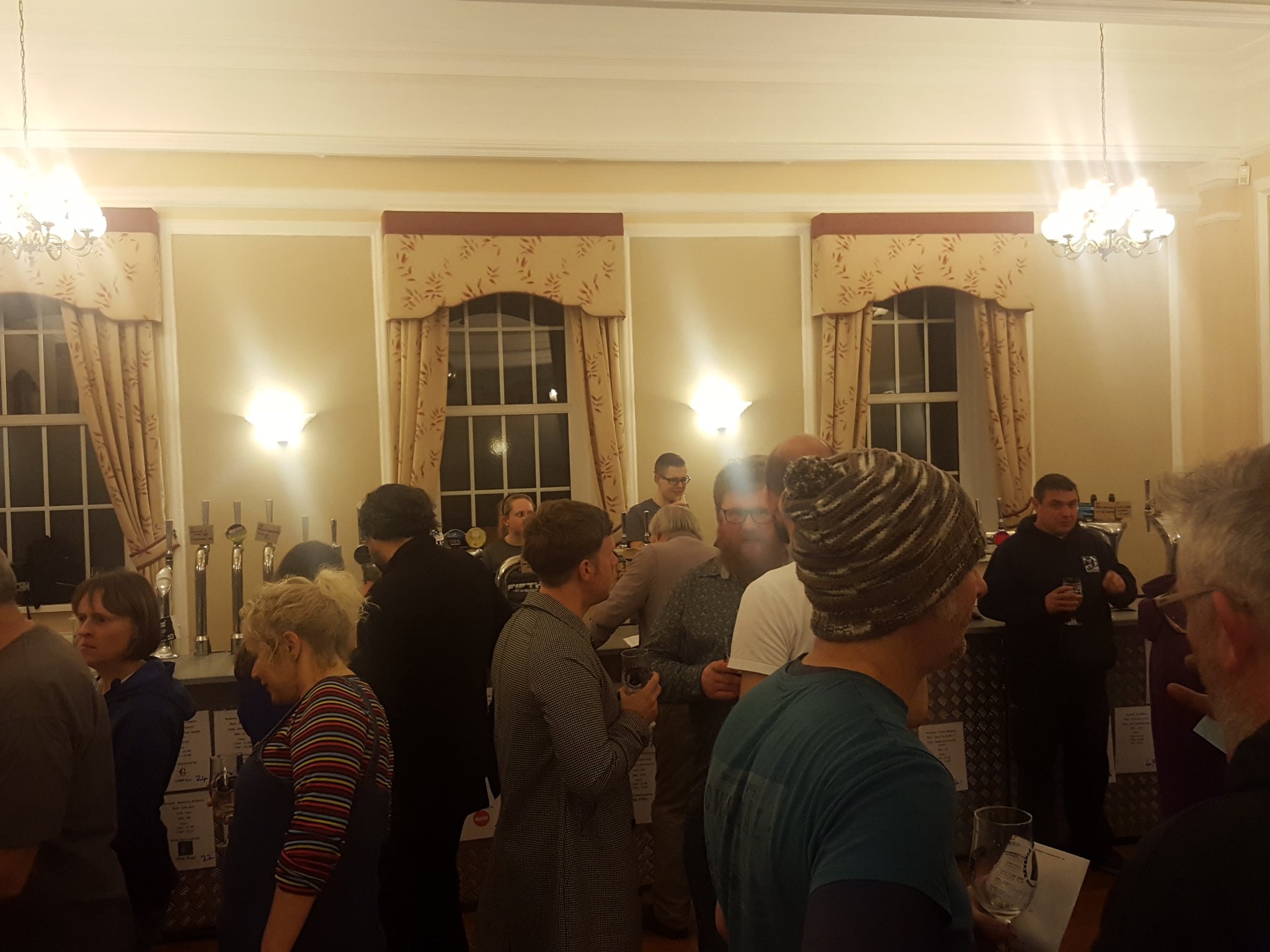 Its become somewhat of a tradition now for the various homebrewers across Greater Manchester to attend the Thursday session of the Independent Salford Beer Festival. This year being the Revenge Of The Firth as always delivered on the most spectacular beer range. Good beer and good people. The 2019 dates have already been announced! 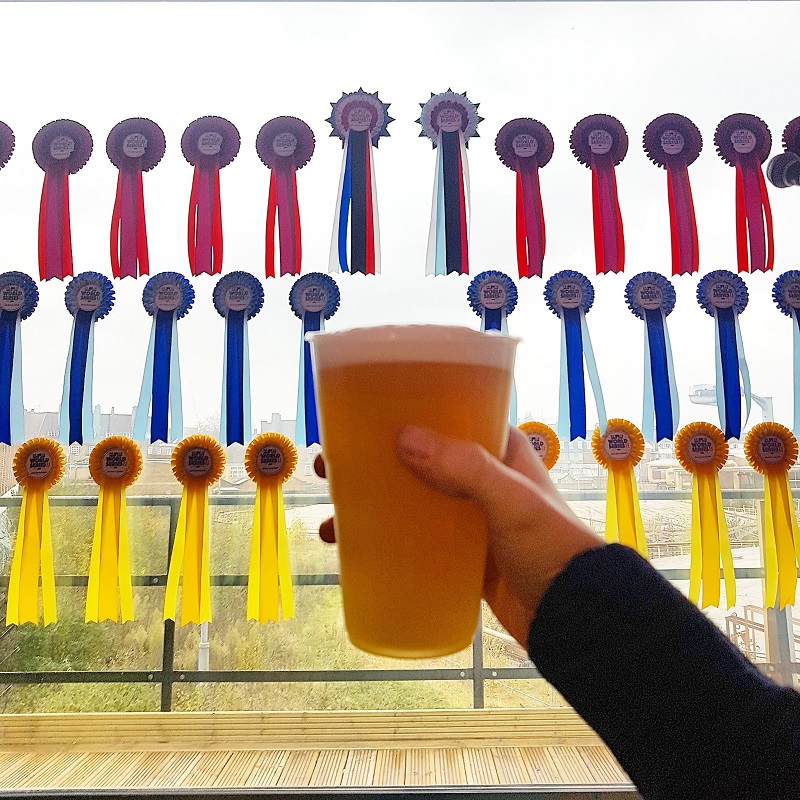 The UK’s first ever home brew conference & expo, BREW CON returned to London for 2018. Its currently the country’s largest gathering of home brewers, industry experts, retailers, distributors & manufacturers of brewing gear and ingredients. The event was held once more at Oval Space in Bethnal Green and very well attended, with a large number of amateur and pro brewers in attendance, alongside plenty of would be brewers curious to learn. A few of us were happy to attend the event and represented the Greater Manchester Amateur Brewers in the homebrew club after party.

BREW CON is to likely to return once more for 2019 and we've even head rumors that their might be a BREW CON North? We will be sure to share any announcements as they are made.

Note: The calendar is subject to change as we try to schedule breweries for the beer clone challenges.

Note: We've outlined a lot of brewing challenges for 2019. Don't worry if you haven't brewed for the challenge still come along. Everyone is welcome.

Today we have a guest blog post from Steve Hill about how a beer in a French town called Morzine turned into all grain brewing and the purchase of a new Bulldog Brewer system. Morzine Earlier this year I travelled to a beautiful town, high in the French Alps, called